Catholics return to CAN After 5 years of Absence 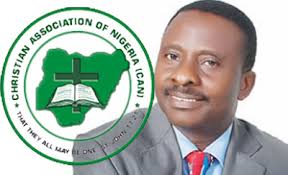 Catholics return to CAN after five years absence.

The Catholic Secretariat of Nigeria, CSN, has returned to the Christian Association of Nigeria, CAN, after five years of walking out of the national Christian Umbrella body in the country over some irreconcilable differences with the leadership.

Vanguard recalls that Catholic Bishops had in a letter dated September 24, 2012 which was signed by their President, Archbishop Ignatius Kaigama, and addressed to the then CAN President, Pastor Ayo Oritsejafor, announced the withdrawal of the Catholic church from the organisation.

However, in 2017, Kaigama led a delegation from the Catholic Bishops Conference of Nigeria, CBCN, to the CAN National secretariat where, in a meeting with the CAN President, Rev Dr Samson Ayokunle and his team, they addressed the identified grey areas and fashioned out wways of addressing them. Sequel to that, Kaigama disclosed the readiness of the Catholics to work with the new CAN leadership.

Last week Thursday and Friday with the appearance of the CSN delegation led by Rev Fr. Prof Cornelius Afebu Omonokhua, who represented Most Rev Kaigama, at the expanded National Executive Committee meeting for the amendment of the constitution of CAN and the quarterly meeting of the Association.

Rev Ayokunle could not hide his joy on the new development when he was reacting to their return. 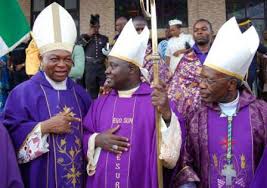 He said: “Their return was one of the best things that have been happening since I was given the mandate to become the President of the Association. One of my visions for CAN is to bring our Catholic brothers and sisters back to the fold and I must acknowledge the support and understanding of my brother in Christ, Most Rev Ignatius Kaigama, President, Catholic Bishops’ Conference of Nigeria and his team.

“I give kudos to all the Principal Officers, the Directors and some Christian leaders in the country for their support and understanding while the dialogue lasted.

“My joy knows no bond with the presence of the CSN at the Constitutional Amendment Meeting held on Thursday and at the National Executive Committee meeting of the Association on Friday. It is our prayers that the Body of Christ in the country will remain one forever in Jesus’ name.

“At a time like this when Christians are almost becoming endanger species in Nigeria, when churches are being denied the Certificate of Occupancy especially in the core North, when Christians are being denied of key public offices and when the Church is expected to speak for the voiceless especially over the economic and social hardship in our country, we cannot afford of being at war with ourselves”. Speaking further, Ayokunle who also doubled as the President of the Nigerian Baptist Convention said, “Our Association is unity in diversity. Jesus Christ prayed for the Church shortly before He returned to heaven in John chapter 17 when He said, ‘I do not pray for these alone, but also for those who will believe in Me through their word; that they all may be one, as You, Father, are in Me, and I in You; that they also may be one in Us, that the world may believe that You sent Me”’ (John 17:20&21).

Speaking in the same vein, the CAN Chairman, Northcentral, Rev Dr Israel Akanji who was among those who played prominent roles in the matter said the return of the Catholics to the Association is a sign of good omen to the Body of Christ in Nigeria.

“We are all happy with this new development, now the Body of Christ in Nigeria is one, virile and strong. We can now speak with one voice. With their return, CAN is even now stronger and greater. We have learnt one lesson or two from the challenges that led to their withdraw. Never again will any of the blocks withdraw its membership.”

The Director of Legal issues, Barrister Samuel Kwanku disclosed that the association is working on the new Constitution to ensure that “CAN has an effective internal mechanism to address any misunderstanding among its members. We are all happy with the return of the Catholic Secretariat of Nigeria (CSN). Our strength lies in our unity.” The CSN delegation participated fully in all the discourse while the two days meeting lasted.