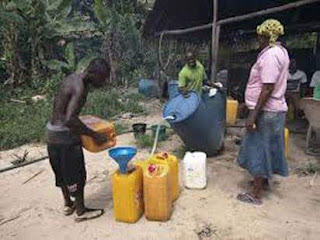 Four people have reportedly died in Imo state after consuming locally-made alcohol, also called  Ogogoro. The incident occurred at a drinking joint at Imerienwe community, owned by one Uwadiegwu Eze, in Ngor-Okpala local government area of the state last week.

Agbara Emma, a community leader, said the victims started complaining of stomach pain few minutes after taking the drink and that the story changed by Saturday. He gave the names of those who died as Chibuzor Nwosu, Ifeanyi Nkwocha, Ada Danganer and Friday Osuji. Three men and a woman.

The community leader added that Chinonso Amadi, Nnadi Ike, Udoka Ukaegbu, Fineboy Ekeocha, Chiaka Ukaegbu, Onyemauche Igbo, Aboy Amadi, among others, survived after taking the gin. An indigene, who did not want his name mentioned, said the owner of the bar, where the incident happened had absconded ever since to avoid being arrested

He said some survivors are in an intensive care unit of a hospital along Egbu Road, Owerri, while the remains of the dead have been deposited in a mortuary in Nguru, Ngor Okpala.