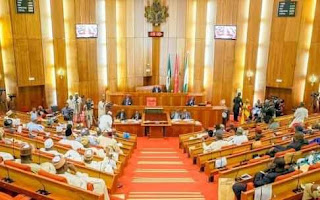 One of the three nominees for the position of Resident electoral commisioner,  Ahmed Mahmud, screened by the Senate on Thursday was rejected. His name was  included in a list of nominees President Muhammadu Buhari forwarded to the Senate for approval.
Senator Sulieman Nazif, representing Bauchi north, led the opposition against Mahmud. Nazif told his colleagues that Mahmud did not have the backing of his state governor, Abdullaziz Yari, and some stakeholders.
However, two other nominees sailed through the screening process. They are Rufus Akeju and Mahmud Isah, who were nominated as the RECs representing Lagos state and Kebbi state respectively.