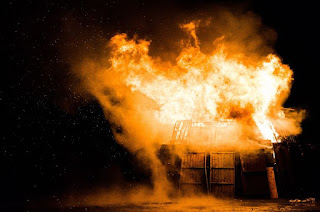 Many people are feared to have died after a bomb blast in Mubi, Adamawa state, after teenage boy detonated his explosives after morning prayers at a mosque. About 30 people are believed to have died in the resulting blast.
According to the Adamawa State Police Command,  the suicide attack occurred around 5:20am at Kunu Araha, a suburb in Mubi North.
“We were made to understand that there was a bomb blast at a mosque in Mubi and over 30 lives were lost. A boy about 17-year-old wearing a suicide vest entered the mosque along with other worshippers. Immediately after the prayers, he detonated the bomb.
Many of the wounded are receiving treatment at various hospitals in Mubi North where the attacks occurred around Kunu Araha area” Othman Abubakar, the police spokesman said.
However, emergency aid workers and other first responders put the death toll in the attack at 40. An official working with the International Rescue Committee, Emma Adasolid, among the first responders at the scene said about 40 dead bodies were evacuated.
Abubakar Sule, who lives near the mosque, told AFP that he had just returned home when he heard the blast.
“I was there when the rescue was on and 40 people died on the spot and several others were taken to hospital with severe and life-threatening injuries,” he added.
“The roof was blown off. People near the mosque said the prayer was mid-way when the bomber, who was obviously in the congregation, detonated his explosives.
“This is most probably the work of Boko Haram.