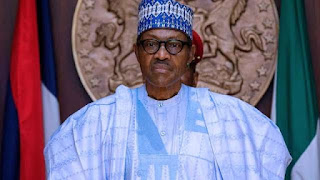 President Muhammadu Buhari has declared the intention to run for the second term after months of speculation.
The President said this on Monday at a meeting of the National Executive Committee (NEC) of the ruling All Progressives Congress (APC) leadership.
The national publicity secretary of the APC, Bolaji Abdullahi and the Chief Whip, House of Representatives, Alhassan Ado Doguwa confirmed this while addressing journalists in Abuja after the NEC meeting.
The NEC meeting is attended by Vice President Yemi Osinbajo, Senate President Bukola Saraki, Speaker of the House of Representatives Yakubu Dogara and other APC governors.
Special adviser to the President on New media and engagement, Bashir Ahmad in a tweet on his official handle @BashirAhmaad also confirmed the President’s declaration.
“President Muhammadu Buhari has just officially announced his intention to seek re-election in 2019. Details soon…” his tweet read.
Kaduna State governor, Nasir El-Rufai also in a tweet on his verified handle @elrufai made the announcement, excitedly..

The tweet reads thus, ”President Muhammadu Buhari has just officially announced his intention to seek re-election in 2019&#8243:.
Stay tuned for More to…